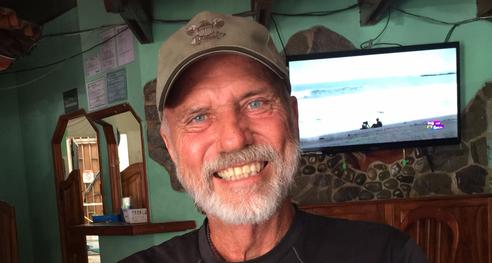 Self-Published Author Not a New York Times Best Seller Because Parasites Cannot Handle The Truth Nor Make It into a Hollywood Movie.

Born in 1945 in a Texas Panhandle Oil Field Boomtown. Baxter was raised by his Father, a Scottish Rite Freemason and his Mother a homemaker. His Mother Norma attended the First Baptist Church and followed Jesus while his Father George, the son of a Pentecostal Preacher was the black sheep in the family. His mother was the heart of the family while his Father sought fortune as an independent oil man. George taught tough determination with integrity while Norma as the loving "mother bear" raised her three cubs with loving affection and forgiveness. Today, Baxter lives in the natural beauty of a Tropical Rainforest looking back at the United States with open eyes. Reflecting back to home cooked meals, printed Encyclopedias, Sears Roebuck catalogs, Segregation, Viet Nam, JFK Assassination flashing forward to iPhones, Artificial Intelligence, Amazon, Facebook, YouTube, and a robot named Sophia who is a citizen of Saudi Arabia.

Inspired creative works to serve knowledge and truth that may cease the destruction of humanity.

Find out knowledge from a whistleblower to help fight for the future of your children and grandchildren.

Those awakening to the insane unnatural world may feel intimidated and overwhelmed. Through my spiritual journey starting 6 years ago shedding tears of sorrow for the 12,000 children missing each day in child trafficking and millions aborted, starved and bomb to death each year. The Absolute Supernatural Creator TRINITY verified human feeling existence through miracles and signs in nature. We are here to help people find the answers and create positive, joyful, bodies, minds and souls outside the Religious dogmatic traditions of men that have enslaved, profited, plundered and executed genocide for all races of  humans over 6000 years. Don't let yourself get buried in anger, frustration and fear that only serves the dark parasites to use you as a host in their negative  soul harvest. Read to get the knowledge instead. Remember, "My people are destroyed by lack of knowledge" -Hosea 4:6

CAT&SNAKE Black Death Cult is truly an authentic historical thriller using etymology to uncover the unknown origin and secrets of the Vatican and Egyptian RA Cult symbology, numerology, occult magic, paranormal phenomenons, and sacred frequencies, No human could make up this story. Read about the beginning of the end of these parasites in 2012 and a new beginning opportunity for WE THE PEOPLE OF THE WHOLE WORLD! This story will never be made into a major motion picture that would expose all the social parasites deceiving humans into a Red Communist One World Order.

Read about the beginning of the end of these parasites in 2012 and a new beginning opportunity for WE THE PEOPLE OF THE WHOLE WORLD!